GfK’s Map of the Month for June illustrates the brick-and-mortar retail turnover share of private consumption in Europe in 2019.

According to GfK’s latest retail study, the retail turnover share of overall consumer expenditures in the EU-27 decreased by 1.0 percent last year to 29.9 percent. Contributing factors to this decline include competition from online retail and a trend toward more spending on services. Among the countries considered by the study, Hungary has the highest share of brick-and-mortar spending at 50.0 percent. Last place goes to Germany, where consumers devote just 23.7 percent of their funds to brick-and-mortar retail. 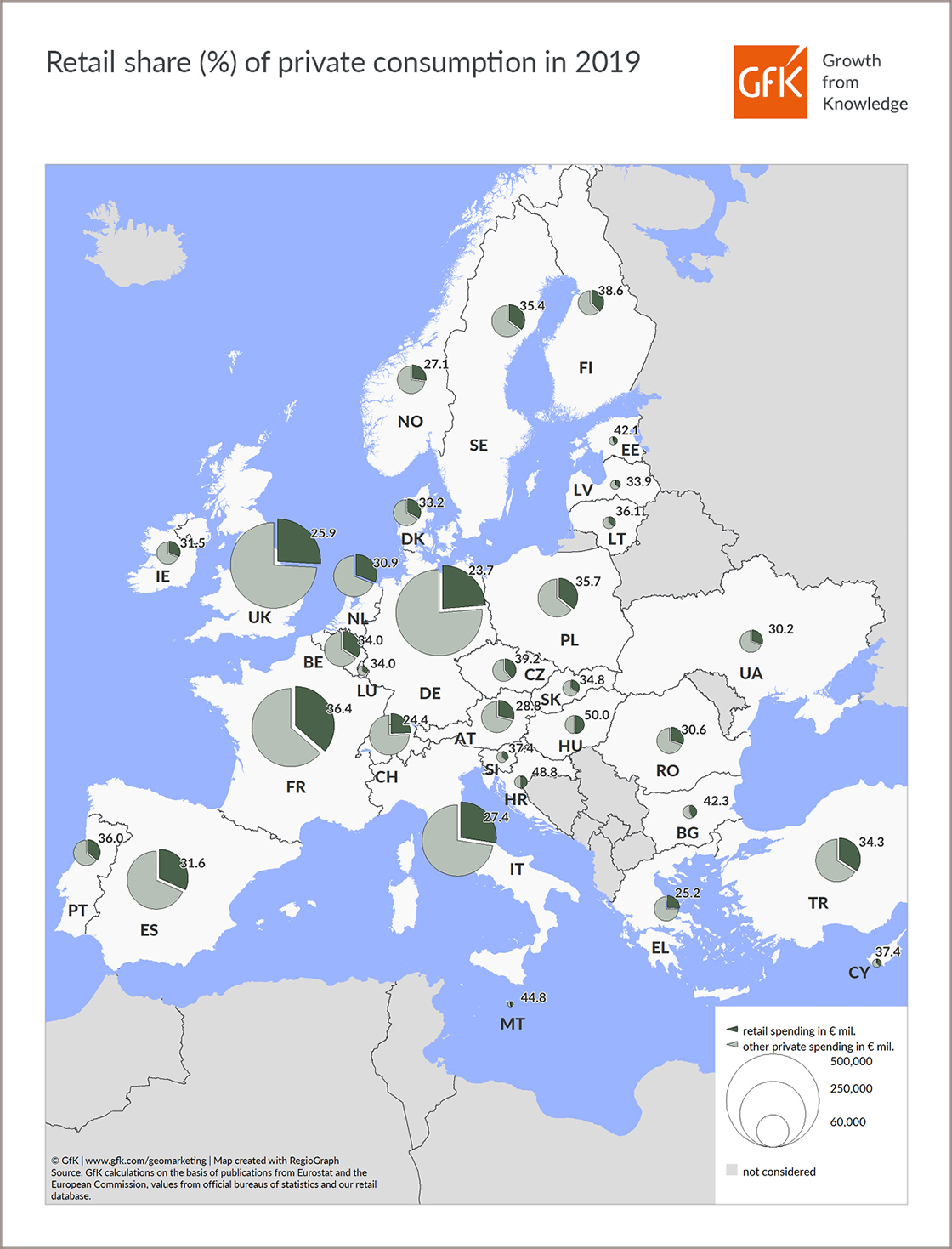 More results from GfK’s analysis of European retail can be found in our recent press release[2]. The study can also be downloaded as a free 22-page PDF here[3].

The map may be freely distributed and reproduced if the following attribution is included: "Illustration: GfK".
---
GfK GeoMarketing is a member of GfK Group
GfK GeoMarketing GmbH, Bruchsal, Germany, commercial register Mannheim HRB 250872; Managing directors: Dr. Benjamin Ballensiefen, Markus Wittmann
This email and any attachments may contain confidential or privileged information. Please note that unauthorized copying, disclosure or distribution of the material in this email is...